Welcome to the Cattail Club
Nestled outside a small town in rural Iowa, the Cattail Club is a refuge for the upstanding men who crave a things a bit darker than the norm and the lucky submissives who earn the right to wear their collars. 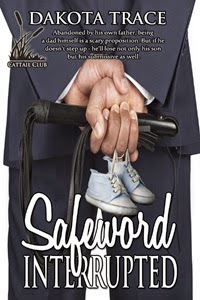 SAFEWORD INTERRUPTED
Book One of the Cattail Club


A Dom who thinks he has it all…
Deacon Willis has lusted after his friend, Bethany for years – but has kept his distance, not wanting to alienate one of the most important women in his life. Not only is she the manager of his bar, she’s also the best friend he’s ever had. But all that changes one fateful night when he realizes Bethany’s desires run just as dark as his own. Once witnessing her need to submit, he’s determined to show her, that only he can give her what she needs. He’ll be her Dom and she’ll be his cherished submissive. Hopefully it will be enough to make her happy, because he’ll never be a family man.

A sub who’s about to lose it all…
Bethany Adams has been in love with Deacon for years, but knows his reputation. He’s a love ‘em and leave them type, never settling on one woman long. It isn’t until she walks in on him dominating another woman that she realizes he could give her everything she needs – a firm hand and a strong man that can fulfill every one of her submissive fantasies. But what happens when her deepest fantasy becomes a reality?

Will Deacon stick around to be a father to his child…or will he walk away, taking her heart with him? 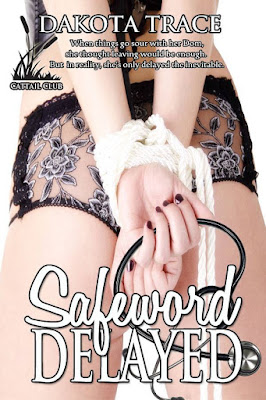 
Book Two of the Cattail Club


BUY from AMAZON
BUY from B&N


A Dom who thinks he has nothing left to lose…

Dominant, LeRoy Willis has had an epiphany. His close brush with death has made him realize that life is too short, and he's not about to spend what is left of his golden years without the one submissive who'd left, taking a huge chunk of his heart with her.  Her need to stretch her wings, and his stubborn pride be damned. He was going to have her back in his arms, where she belonged - even if it meant a small deception to get her there.

A sub who’s about to face her past…

The last thing that Cynthia Stark wants is to return to her hometown. Over twenty years ago, she'd fled - leaving behind a possessive dominant and her heart. Needing more than what LeRoy could offer, she'd escaped to the Windy City, gotten her nursing degree and a good job with long hours.  But now on the edge of burnout, she jumps at the chance to reunite with her god-daughter and her bouncing new baby boy.  All she has to do is avoid little Damien's great uncle and she's set.