So you were looking for the Doms of Chicago serial story?*  Well you've found it.  Since there are already eight books in Dakota's series bearing the same name, she's dedicated an entire page itself for the serial additions.  Here is where you'll not only find a time line of the episodes, but you'll also find purchase links, cover art and best of all excerpts!  With that being said - poke around and join these new characters as they explore Chicago and their darker desires....

After getting feedback from her wonderful readers, she will once again be doing a serial but she's going to give you more bang for your buck.  She will be releasing Jamison's Redemption in six installments (or there about - depending on how demanding Livvy, her muse is.) A bit larger in size - around 10 to 12K an episode each month, but get this...she's leaving the price at 99cents!  So if you decide you don't want to wait for the book to be bundled to save money...then don't. The serial will end up costing you about the same as the bundle will.

With that being said, here's a sneak peek at the cover - those of you who have signed up for Dakota's newsletter have already seen this (another perk of being on the newsletter list)  At the bottom of course, there will be a link to Analise's Journey in it's completed bundle. Either way, Dakota thanks those who have supported her in her serial indeavor.

Jamison Reeve was a man with at tortured past. He'd had everything - an up and coming career in journalism, a wonderful job, a membership to an exclusive BDSM club,Olivia's, where he received only the best of training, and a beautiful girl-friend who seemed willing to play his kinky games. But that all ended when Serena not only rejected his collar but left in the dark of the night unable to handle his brand of domination. Reeling from the betrayal, he turns to the bottle - only to spiral deeper into depression. There seems to be no hope left in him but his friends aren't going to let him self -destruct. Particularly his friend Lena's younger sister, Shauna. Even as his body and weary soul responds to her beautiful submission, he knows Lena will kill him if he hurts Shauna. He could find his redemption in her willing body, or he could end up scarring her forever. Is it a chance he's willing to take? 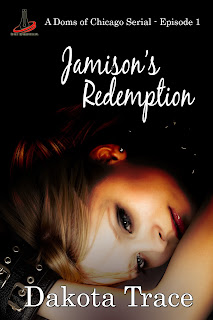 BUY at Barnes and Noble 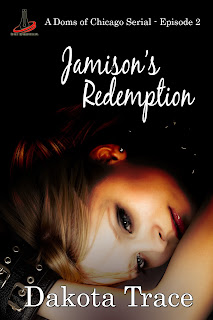 Life has a way of continuing even after one’s world is rocked. Jamison retreats - shaken to the core by Shauna's submission, while Shauna struggles to come to terms with not only her night at play party but the realities of graduating soon and entering the work force. Can she balance her need for submission with her evolving life? 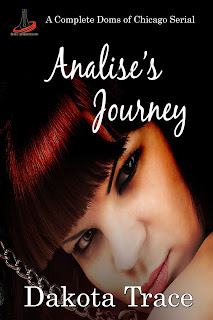 Fresh with a new degree in advertising, Analise Rochon has finally moved to the big city after landing an intern job at one of the best ad agencies in town. She’s studied hard, gotten good grades, and has a natural talent and curiosity that her instructors have her praised her for, but she’s in for a culture shock when she arrives in Chicago. This is no small town in Iowa. Come along as she explores not only the city, but the darker side of her own sexuality in unfamiliar world of BDSM. As her response to not only one man but two grows more intense, she has to decide if she can accept what her new life has to offer, or go home…where it’s safe.

**This bundle will not only include the first 12 episodes of Dakota's popular serial but will also have a bonus episode which has never been released.

Warning: This book will have BSDM content as well as m/m/f with m/m practices


*This book is a serial, meaning that it is a longer story broke into several smaller parts which will be released on a monthly basis, much like Charles Dickens did with his Christmas Carol and must be read in order for continuity.